Is this the most farcical use of taxpayers' money ever: Ethiopian gets legal aid from UK - to sue us for giving aid to... Ethiopia

By Ian Birrell for The Mail on Sunday 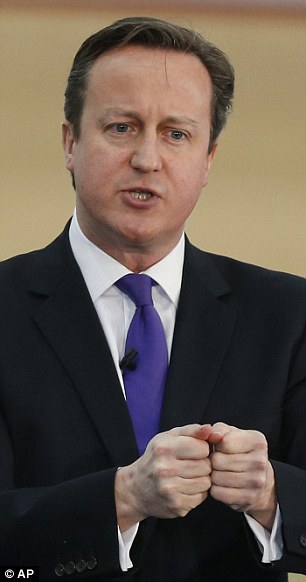 An Ethiopian farmer has been given legal aid in the UK to sue Britain – because he claims millions of pounds sent by the UK to his country is supporting a brutal regime that has ruined his life.

He says UK taxpayers’ money –  £1.3 billion over the five years of the coalition Government – is funding a despotic one-party state in his country that is forcing thousands of villagers such as him from their land using murder, torture and rape.

The landmark case is highly embarrassing for the Government, which has poured vast amounts of extra cash into foreign aid despite belt-tightening austerity measures at home.

Prime Minister David Cameron claims the donations are a mark of Britain’s compassion.

But the farmer – whose case is  set to cost tens of thousands of pounds – argues that huge sums handed to Ethiopia are breaching the Department for International Development’s (DFID) own human rights rules.

He accuses the Government of devastating the lives of some of the world’s poorest people rather than fulfilling promises to help them. The case comes amid growing global concern over Western aid propping up corrupt and repressive regimes.

If the farmer is successful, Ministers might have to review major donations to other nations accused of atrocities, such as Pakistan and Rwanda – and it could open up Britain to compensation claims from around the world.

Ethiopia, a key ally in the West’s war on terror, is the biggest  recipient of British aid, despite repeated claims from human rights groups that the cash is used to crush opposition.

DFID was served papers last month by lawyers acting on behalf of ‘Mr O’, a 33-year-old forced to abandon his family and flee to a refugee camp in Kenya after being beaten and tortured for trying to protect his farm.

He is not seeking compensation but to challenge the Government’s approach to aid. His name is being withheld to protect his wife and six children who remain in Ethiopia.

‘My client’s life has been shattered by what has happened,’ said Rosa Curling, the lawyer handling the case. ‘It goes entirely against what our aid purports to stand for.’

Mr O’s family was caught in controversial ‘villagisation’ programmes. Under the schemes, four million people living in areas opposed to an autocratic government dominated by men from the north of the country are being forced from lucrative land into new villages.

Their land has been sold to foreign investors or given to Ethiopians with government connections.

People resisting the soldiers driving them from their farms and homes at gunpoint have been routinely beaten, raped, jailed, tortured or killed. 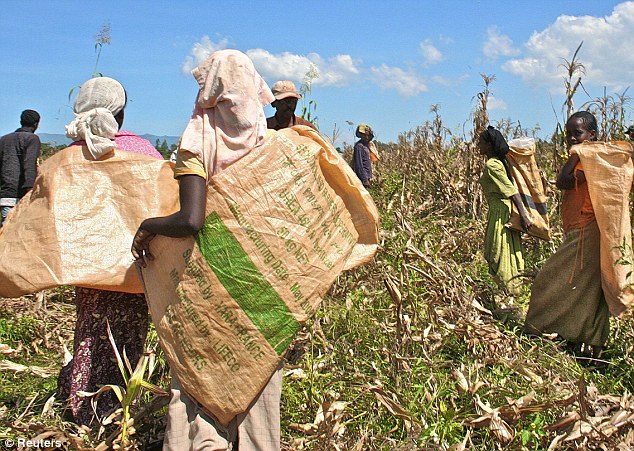 Exodus: The farmer claims villagers are being attacked by troops driving them from their land

‘Why is the West, especially the UK, giving so much money to the Ethiopian government when it is committing atrocities on my people?’ asked Mr O when we met last year.

His London-based lawyers argue that DFID is meant to ensure recipients of British aid do not violate human rights, and they have failed to properly investigate the complaints.

Human Rights Watch has issued several scathing reports highlighting the impact of villagisation and showing how Ethiopia misuses aid for political purposes, such as diverting food and seeds  to supporters.

Concern focuses on a massive scheme called Protection of Basic Services, which is designed to upgrade public services and is part-funded by DFID. 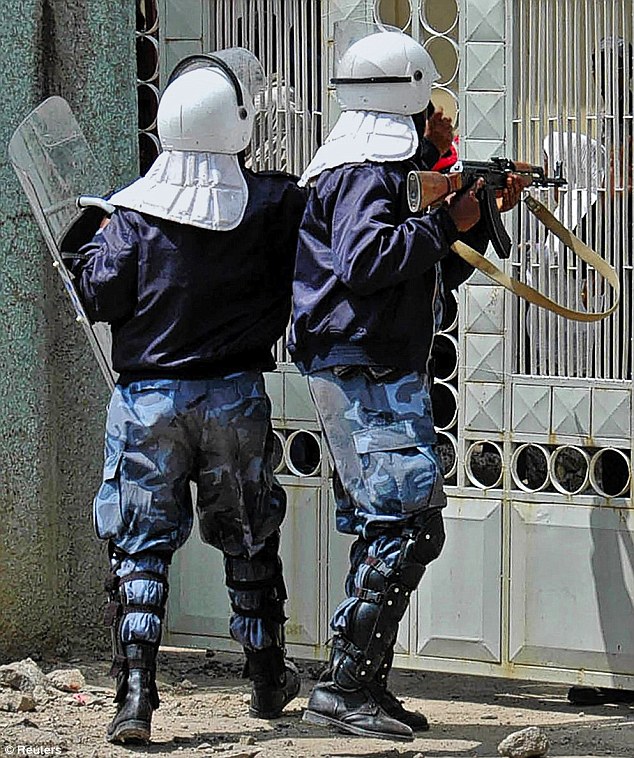 Force: Ethiopian federal riot police point their weapons at protesting students in a square in the country's capital, Addis Ababa

Critics say this cash pays the salaries of officials implementing resettlements and for infrastructure at new villages.

DFID officials have not interviewed Mr O, reportedly saying it is too risky to visit the United Nations-run camp in Kenya where he is staying, and refuse to make their assessments public.

A spokesman said they could not comment specifically on the legal action but added: ‘It is wrong to suggest that British development money is used to force people from their homes. Our support to the Protection of Basic Services programme is only used to provide healthcare, schooling, clean water and other services.’

BRUTALLY DRIVEN FROM HIS FERTILE LAND - AND HE BLAMES BRITAIN 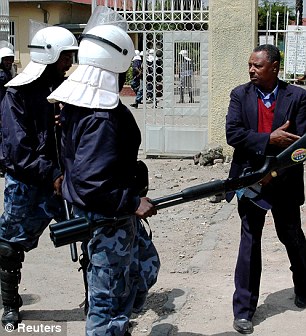 Intimidation: Riot police confront a man (not the claimant) near the Tegbareed Industrial College as officers beat rock-throwing students during a demonstration

As he showed me  pictures on his mobile phone of his homeland, the tall, bearded farmer smiled fondly. ‘We were very happy growing up there and living there,’ he said. This was hardly surprising: the lush Gambela region of Ethiopia is a fertile place of fruit trees, rivers and fissures of gold, writes Ian Birrell

That was the only smile when I met Mr O in the Dadaab refugee camp in Kenya last year. He told me how his simple family life had been destroyed in seconds – and how he blames British aid for his misery. ‘I miss my family so much,’ he said. ‘I don’t want to be relying on handouts –  I want to be productive.’

His nightmare began in November 2011 when Ethiopian troops accompanied by officials arrived in his village and ordered everyone to leave for a new location.

Men who refused were beaten and women were raped, leaving some infected with HIV.

I met a blind man who was  hit in the face and a middle-aged mother whose husband was  shot dead beside her – she still bore obvious the scars from  her own beating and rape by three soldiers.

Unlike their previous home, their new village had no food, water, school or health facilities. They were not given farmland and there were just a few menial jobs.

‘The government was pretending it was about development,’ said Mr O, 33. ‘But they just want to push the indigenous people off so they can take our land and gold.’

After speaking out against forced relocations and returning to his village, Mr O was taken to a military camp where for three days he was gagged with a sock in his mouth, severely kicked and beaten with rifle butts and sticks.

‘I thought it would be better  to die than to suffer like this,’ he  told me.

Afterwards, like thousands of others, he fled the country; now he lives amid the dust and squalor of the world’s largest refugee camp. He says their land was then given to relatives of senior regime figures and foreign investors from Asia and the Middle East.

‘I am very angry about this aid,’ he said. ‘Britain needs to check what is happening to its money.
‘I hope the court will act to stop the killing, stop the land-grabbing and stop your Government supporting the Ethiopian government behind this.’

As the dignified Mr O said so sagely, what is happening in his country is the precise opposite  of development.

The comments below have been moderated in advance.

The views expressed in the contents above are those of our users and do not necessarily reflect the views of MailOnline.

We are no longer accepting comments on this article.

Part of the Daily Mail, The Mail on Sunday & Metro Media Group